I don't usually blog on a specific topic all that often but something has been stuck in my head after my first ever meeting with a severely ill M.E patient recently and I need to get my thoughts down on virtual paper. 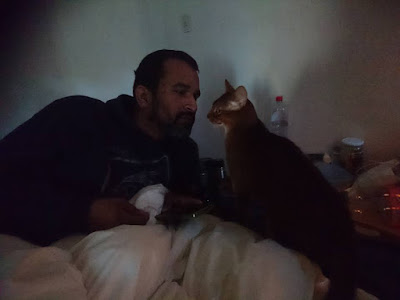 I've been a fundraiser and I guess an advocate of sorts for biomedical research for ME patients for around 4 years.  My friend Ian has had M.E for over 10 years now and visits are often at his house and limited to an hour or so to prevent rough PEM (Post Exertional Malaise).  He's able to drive, leaving the house for short trips and on a very good day have lunch out or take a short walk on the beach.  He wouldn't describe himself as having severe M.E and is always quick to say (in typical fashion and to his credit) that 'things could be so much worse'.  He knows the struggle that the 25% group go through and despite the frustrations of being up and down throughout the year(s) he is thankful for what he can do and the freedom to leave the house.

Over the course of my two fundraising challenges so far I've met patients in wheelchairs with dark glasses on and children who can barely stand.  Many times I've been shocked at what has happened to them and the criminal neglect they've experienced for such a long period.  It's motivated me to keep engaged with the community and just as equally, pissed me off; my running fuelled by the anger and frustration I feel on their behalf.

I've heard and seen pictures of Whitney Dafoe and his heartbreaking battle to just exist from one day to the next. In the recent film 'Unrest' there's a clip of his father Dr Ron Davis sat on the floor, head in hands exasperated and feeling helpless that really sticks in the mind.  I think about Naomi Whittingham and how long she's been housebound losing 25 years to M.E as the world moves on around her.  I truly feel for Jamison Hill, a former bodybuilder and personal trainer and his daily struggle to do even the most basic tasks of everyday living. For a long time he was unable to eat solid food or even speak.  There are many others that I follow through social media, too many.

I've never met the people I speak of here but it still pains me to think of their desperate plight.  There's no way that someone like me without M.E and who is in good health can possibly understand how this illness really feels.  It is thought that approximately 25% of ME patients are severely affected. Typically they are unable to care for themselves without assistance, they're often completely bedbound incapable of washing, feeding or looking after themselves on even a basic level.  They are extremely sensitive to light, touch and sounds, even the slightest noise or flash can cause excruciating pain.  Other effects can include muscle problems, flu like malaise, gastrointestinal disturbance, cognitive dysfunction, sleep disturbance, dizziness and paralysis. 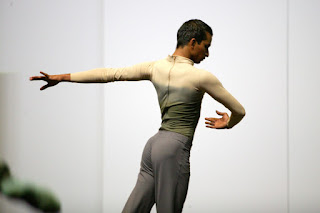 I've been talking fairly infrequently to Anil Van Der Zee for the last couple of years.  Anil was a professional ballet dancer before being hit by M.E in 2007, working for companies in the Netherlands and Switzerland.  He's also a keen and accomplished photographer.  He's always been a champion of my challenge, liking, retweeting and chatting.  We've shared jokes and M.E info/news and he's gone out his way to support my challenge, helping to gather in donations to the charity I represent (Invest In ME) and sharing/re-tweeting my advocacy posts.

He's highly thought of by the online community that I've found myself within, everyone likes Anil it seems.  His blogs are intelligently written and positive despite the tragedies he's gone through.  Anil has been asking me when I would be running Amsterdam Marathon for at least a couple of years and with this in mind, I decided to try and schedule it in for 2017.  'You better be feeling better so we can meet up' I naively told him a year ago. What a totally idiotic thing to say.

15th October 2017.  I've just run a marathon in a little over 4 hours in Amsterdam.  I'm back at my quirky hotel getting showered in double quick time.  I've got 1 hour before needing to be at the airport to fly home and a small window to meet Anil.  His friend Frans who lives on a barge around the corner is going to drive me up to his flat slightly out of town in his 2-seater electric van.  It's all a bit crazy but I'm rolling with it, this could be my one chance to meet Anil.

Anil has been severely ill with ME for the last few years and I've known from interviewing him and reading his blogs about the trouble he's had with noise from his neighbours.  Already bedbound and struggling daily he had to go through the upheaval of moving away from central Amsterdam as it was affecting his health so badly.  At times he was living in a cupboard and in his bathroom to try to minimise the sounds above his head, desperately trying to reduce the noise.  Frans tells me that he shares duties with a couple of other friends in dropping off food and doing laundry each week.  He's clearly got some good friends so must be a nice bloke.  Most of the time Frans tiptoes in, drops off food, waves and leaves.  Even this can cause significant pain for Anil.

I'm in the flat, it's not tidy but I'm told Anil wasn't the tidiest pre-ME.  It's very dark.  I'm actually pretty nervous.  This whole sequence of events feels pretty surreal.  I'm in the room, we embrace or maybe I'm awkwardly shaking his hand in my typical English way, I can't quite remember.  He's got a giant lamp and foil reflector set up, I'm posing for a photo.  I'm far from comfortable having my picture taken and conscious that post-race my face is probably really tired and salty. 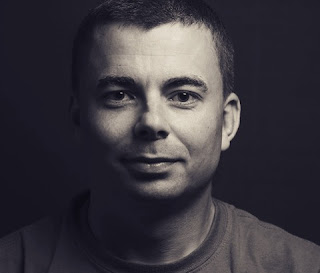 We chat for around 15 minutes, much longer than I expected.  I take a couple of bad selfies and accidently dazzle him with the flash on my phone. Shit.  Anil tells me about how he's feeling and I'm really conscious of the volume of my voice as he's wearing earplugs and I don't want to cause him any pain.  He's doing better since he moved but I'm only his second visitor of 2017.  I'm blown away.  For someone so sociable this must be incredibly hard on him.  He's truly bedbound, it doesn't matter where he lives at the moment, it could be anywhere in the world.  Thank god for the internet.

We're chatting like we've known each other for years, swearing, bantering and swapping stories.  David Tuller has been here too, he likes a good drink I'm told.  He calls over Grigor his beautiful ginger cat, he's 4 years old and meows when his name is called, full of affection for his master.  What a great and important companion he is.  He has to take a short break from our chat and lie down further, I can tell he's waning a bit. We're done, Anil needs me to go, we hug it out and I shuffle off quietly.  I hope the meeting doesn't cause him days of pain.

I'm back in the van and processing.  Questions racing through my mind. How can anyone live like this?  How can I do more?  When the hell is anyone going to sort this mess out?  What must it be like to live everyday in the same 4 walls?  How does he stay so positive?  How would I cope?  How can all these nice people be so mistreated for so long? 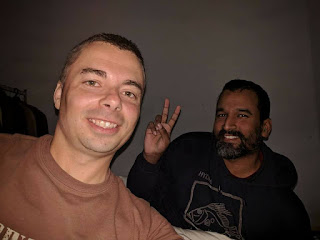 I'm buzzing from finally meeting him, relieved that he's such a great guy as I thought he would be.  But again I'm angry.  Angry for him and the others towards the governments that keep them sick.  But there you go, it's bittersweet, like this whole challenge really.  I hope the tipping point comes soon and for everyone like him, they need a breakthrough badly.  We can only hope it comes soon.

Anil is trying to raise the money needed to buy a sound isolation cabin to sleep in, please consider making a small donation to help make this happen for him;  https://www.gofundme.com/sleep-in-a-sound-isolation-cabin