So the 'taper' begins at last.

I've hit the highest weekly part of the training plan and now its time to slowly reduce each week by 20-30%.  And so begins the nagging doubts about whether I've trained enough, tapered too early or trained for too long.  Tapering sounds great in theory though what I found throughout April was that as the weeks rolled by, motivation to get out there and run reduced distances was actually not as high as you'd have thought. 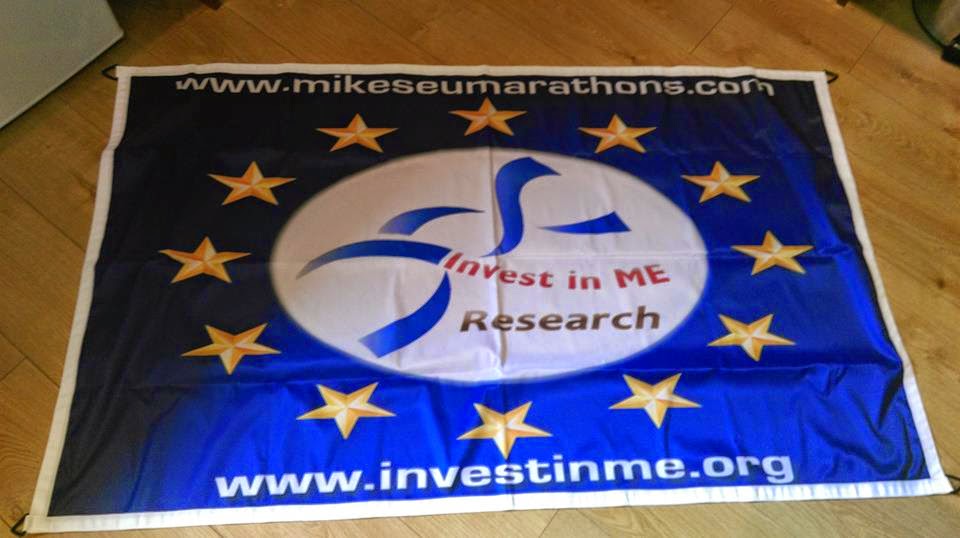 Flag from Invest In Me that I'll be taking around Europe!

I think what I've realised with marathon training is that your body and mind adapts itself to the distance you're trying to achieve.  Many times I've gone out looking to quickly smash a 5 mile run but found it as tough as a 19 mile one.  You can think that you'll be able to run it with no problems and put on the autopilot but you still need to put in the effort and respect the miles or you'll get physically or (sometimes worse) mentally hurt.

I've had my first ever sports massage which was amazingly painful.  I found a really good guy called Martin who is a very good club runner (10KM and below) who I was able to grill for training tips as he nearly broke me on a pop up table in my kitchen.  Fully worthwhile and good value at £30, definitely felt lighter on my feet and he did say he wondered how I'd been able to run with the mess of twisted muscles and fibres I had in both calves! 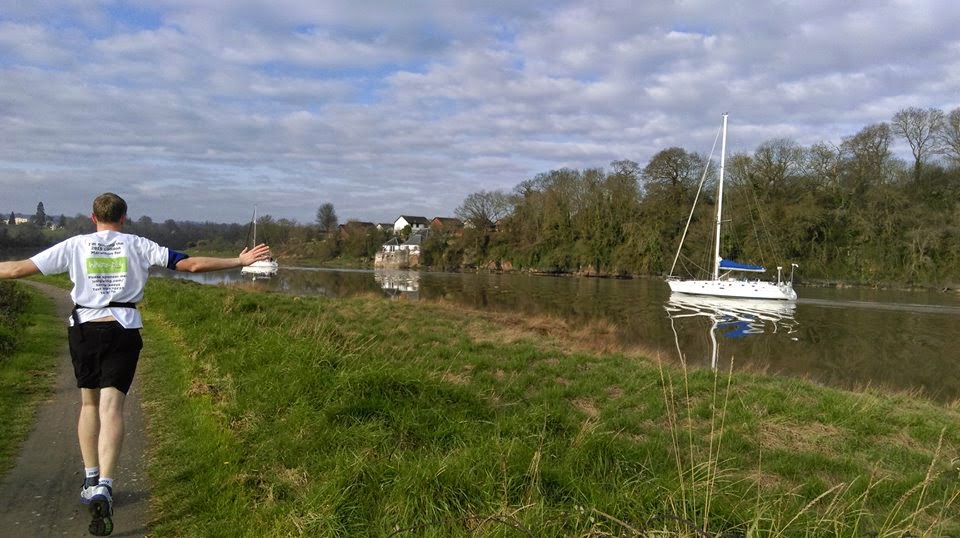 Warmer weather on our 16 miler to Avonmouth Docks

April is certainly getting better weather wise, maybe too good as I'm starting to yearn for the cold dark winter temps!  I know its going to get tougher turning down park or beer garden beers on Friday nights but this is something I've set my mind on doing and it's impossible to only half commit to a challenge like this.  I'm continuing to read and learn as I go along; stretching, breathing, visualisations, getting 'in flow' and using the experience of all 53 training runs so far.

This month I want to talk about mantras.  You know, little motivational sayings that all long distance runners hold in the bank for when they hit 'the wall' and/or have to shut the front door behind them on a horrible day.  When you hit 20 miles it really just becomes a battle of mind versus body.  Body wants to give up and mind has to do the work to keep it going.  I already know I'll be focusing on the thought of holding my medal in one hand and a delicious cold Czech beer in the other but sometimes you just need a little more in reserve. 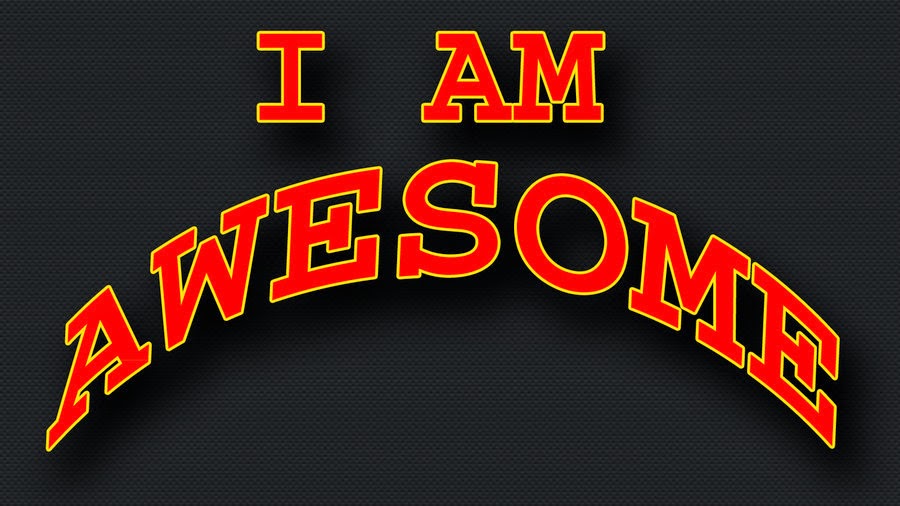 My running buddy Ben Scott (who's running Dublin with me in October) and I came up and borrowed some of these very silly slightly aggressive mantras over many nights of comparing notes and sharing pains, see what you think:


I'm now very much in rest mode ahead of Prague on the 3rd of May, I'm even taking the bus when I really ought to be walking.  And I'm enjoying eating as many carbs as I possibly can now we're in the final week!  Thanks for all the nice messages and sponsorship all, hope I get round OK and make a bit of noise for M.E. 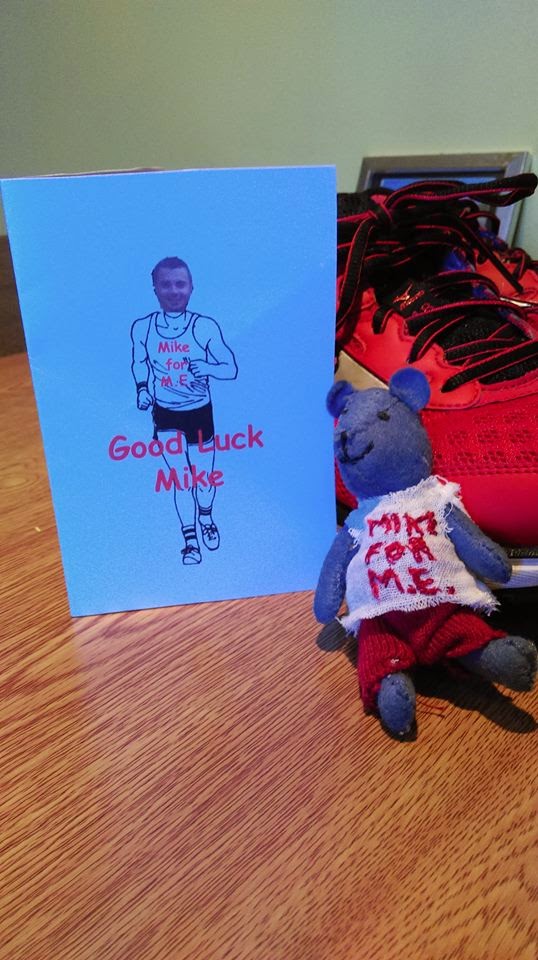 Spring time! And things are warming up.  Well, not much! It's been a pretty dry period across March but at times its been so windy and cold I've been literally blown backwards! 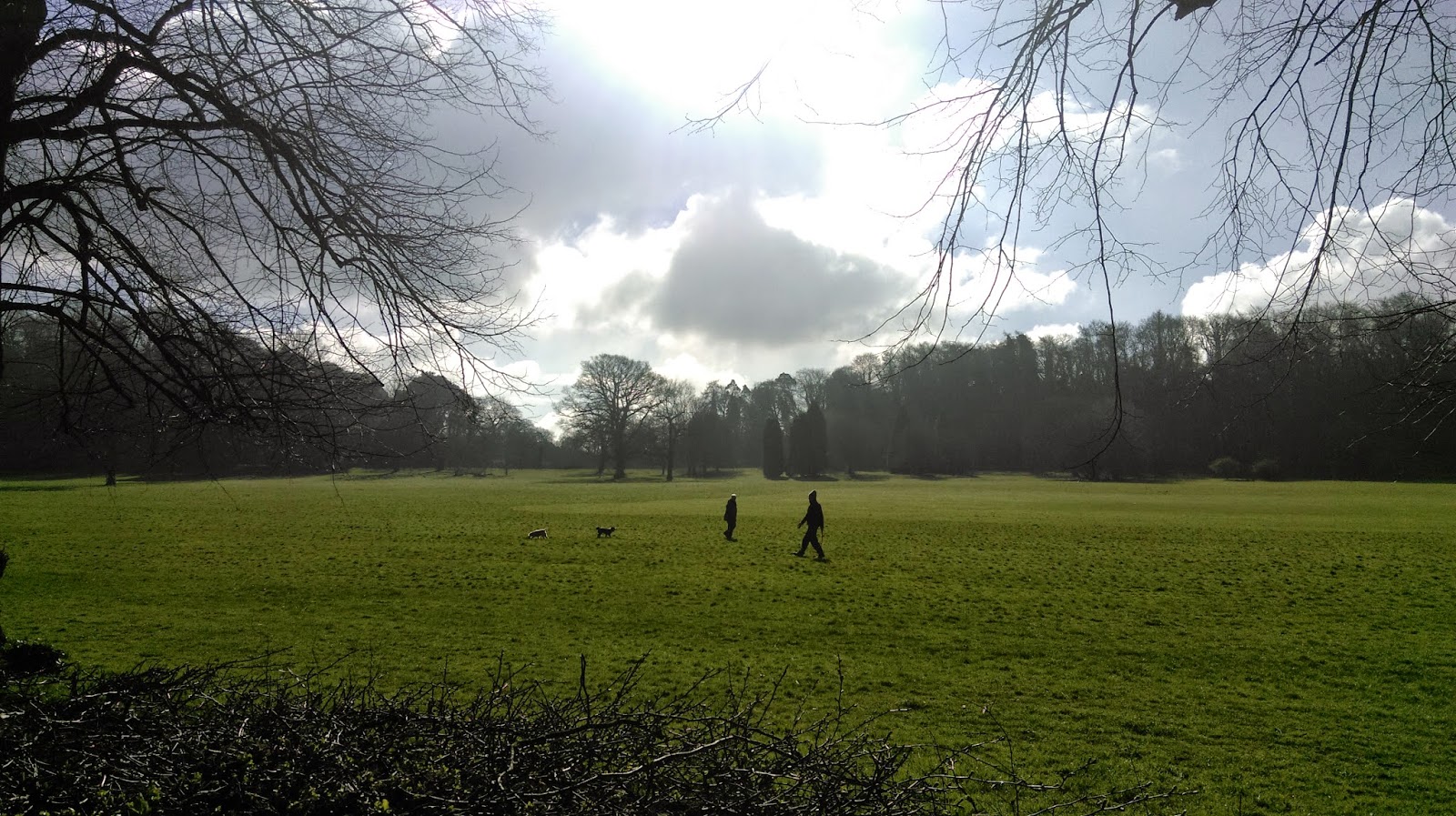 I've managed 10 runs this month with a top temp of 11C in what has been a real battle of a month.  I knew from the plan that March would be the true test with the weekend long-run mileage really ramping up but maybe under-estimate the toll it was going to have on my unsuspecting frame.  With weekend runs of 16m, 18m, 19m and 20m its been tough both physically and mentally but pleased to say that I've made it through in one piece. 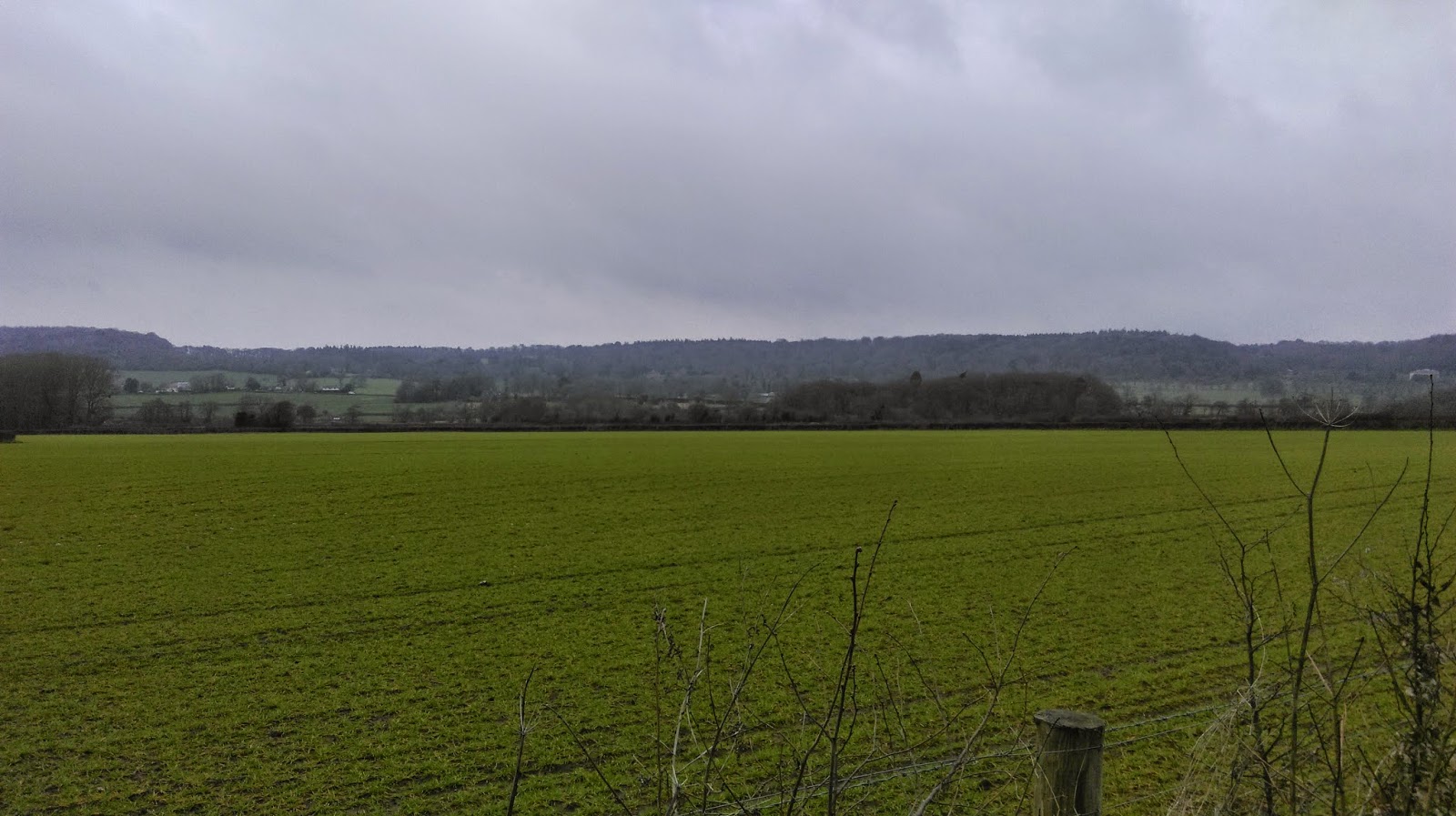 My long runs have taken me all over Bristol's lovely (and horrible) outskirts.  I've been jumping out of the way of cyclists (grrrr) in Pill, got lost in the grotty estates of Nailsea, halted by falling trees in Soundwell and beaten up badly by relentless hills in Blaise.  It's been an intriguing mix of hills and flat, trail and road, taken at an ambitious pace resulting in more than the odd calf, knee, hip, back and ankle strain.  I've learnt some pretty valuable lessons about how to manage my body this month, including: 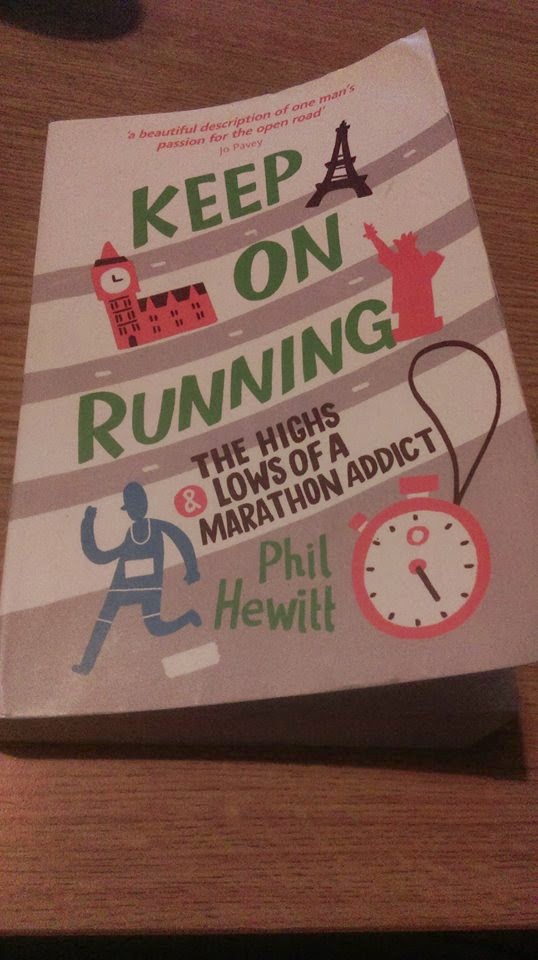 Very entertaining read about a guy and his 25 marathons

I've ducked post-work beers, invites out, takeaway curry temptations, work birthday cakes and so many other glorious things to accept my Spartan life of pretending to be a runner.  I've felt healthier for sure, not one sniffle/cold/cough or even hiccup in 3 months, I totally believe it when they say running improves your immune system.

I've been munching on energy gels this month and I still feel a little indifferent towards them.  I can't say I've really been able to quantify their effect so far, maybe they've really helped or maybe they've just made me feel sick and got my hands sticky.  I'll persevere until I've finished up with whats left in the box in any case but I'm starting to feel that pre-run porridge is yielding the better results. 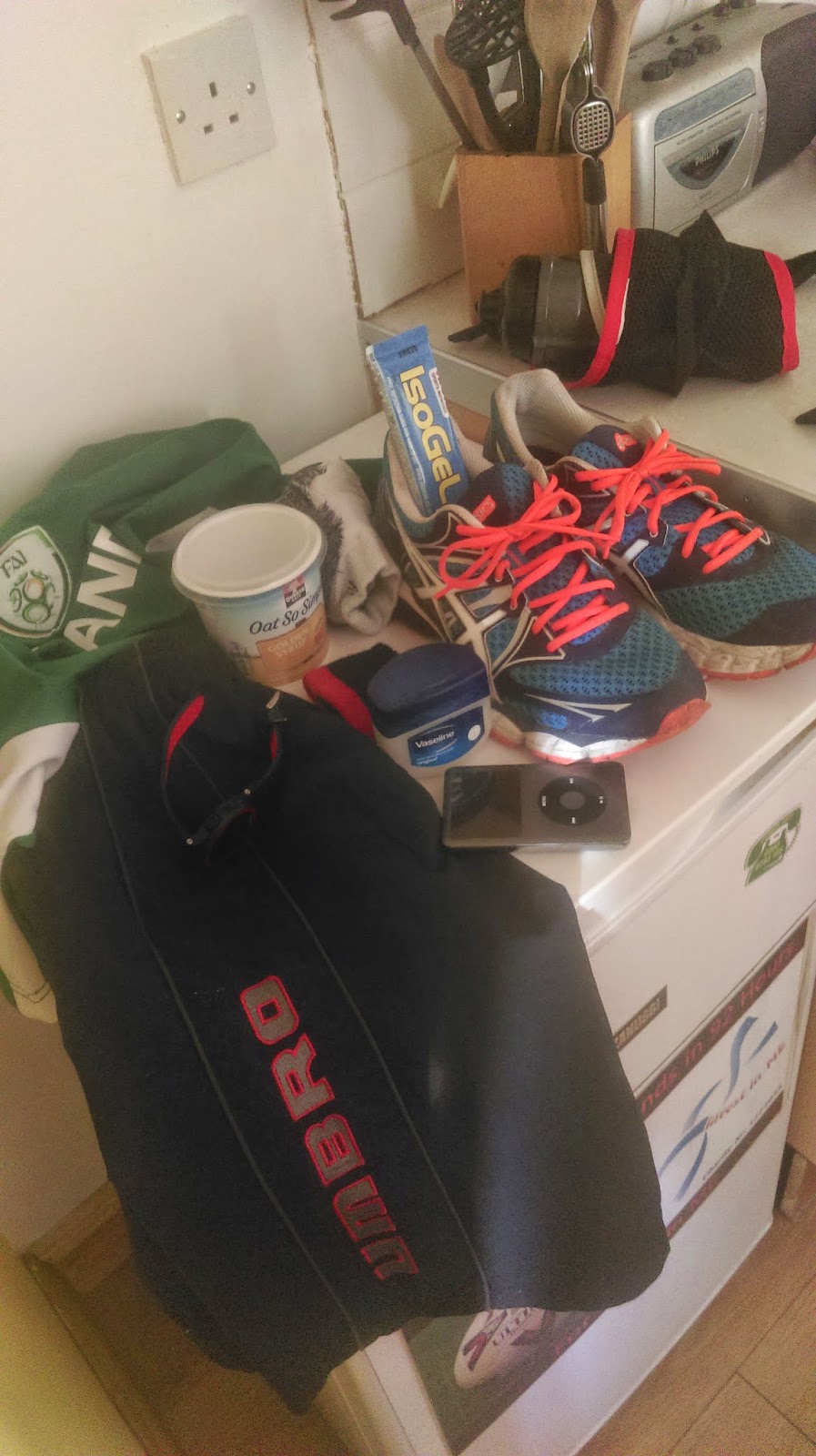 This time around I want to talk about running with other folk.  If you're lucky enough to have the opportunity, no Garmin or Ipod playlist can replace running with another person.  I've been lucky enough to have run with two mates with a faster pace than me (not hard!) which has been incredibly valuable as I approach the final month of training feeling strangely confident and strong.  As long as its not too much to their detriment (if they're chasing a really challenging time) it works really well to try to keep pace that little bit faster than you know that you'd manage on your own.

You arrange a time and stick to it for one thing.  There's no ducking a pre-arranged run, how could you? Your running buddy has passed up a night out for this, and they need you too for moral support, swapping of running tips/progress and (often) to help you navigate.  Getting up early on Saturday to nail a 3 hour run gets you up and about and able to really make the most of the day, there's hardly any traffic about and you feel just that little bit, like a pro.

Sure there are long silences maybe when you're both struggling a bit, hard to keep the convo going when you're trudging up a really steep hill but a well-timed rubbish joke is always welcome when you think the 'wall' is in your sights.  I've picked up so many useful tips from running with other people about running, diet, tactics and injury prevention, more than I could from 4 or 5 books.  A 16 week training plan is a big commitment but knowing that the purpose of those awkward midweek runs is to get ready for the big one on the weekend and not be shown up or struggle too much is a major driving force.  When you're on the long run the temptation to call it a day and head for home isn't as strong, you're both out to hit the distance and it won't be a successful run in your mind unless you nail it! 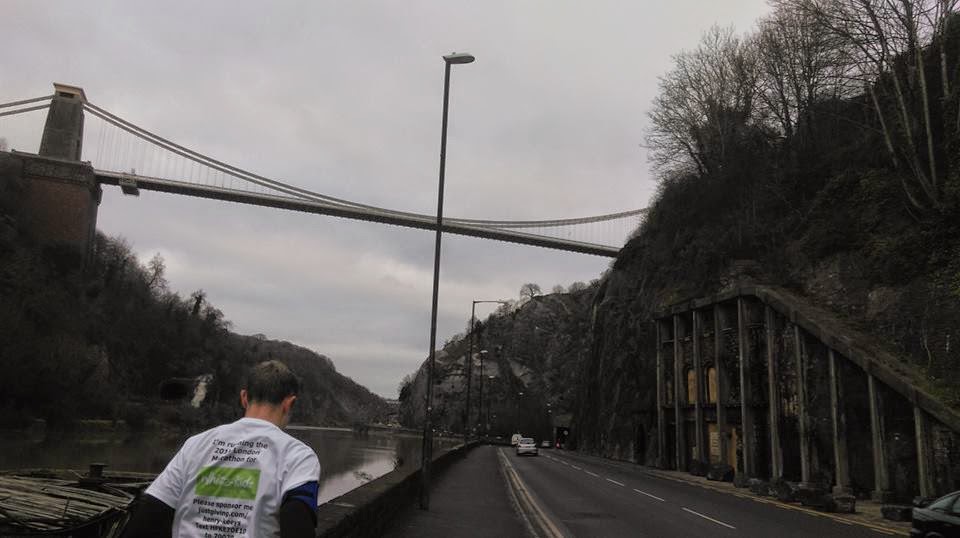 The familiar sight of the back of Henry's head

Obviously I'm aware I've got a lot of marathons ahead of me where I'll be training on my own (unless I can convert more mates to join me!) but I can't thank those who've joined me enough for dragging me around. Whether its a running club or someone you know, I'd whole-heartedly recommend it.

Anyway enough from me for March, am now tapering down ready for Prague (early May) which I hope to negotiate without too much incident.  New trainers, sports massage, flag and race number on the way in April, it's getting a bit real!

Thanks again for your support!