I'm now halfway in my challenge to run a marathon in all 28 EU countries!  3 years done and 3 to go.

It's been an extremely busy last 3 months where I've run 3 marathons including my best ever and raised around £2000 for Invest In ME's biomedical research projects. 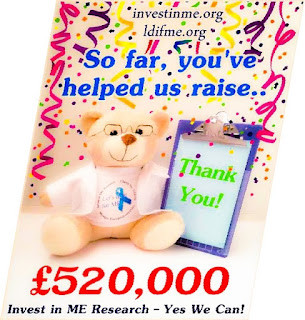 Congratulations and thanks to everyone who has helped Invest In ME to hit their target for conducting their own Rituximab Trial.  The drug has recently finished Phase3 of it's double-blinded trial in Norway with the results due to be published in early 2018.  If this stage goes as well as the previous two it could provide a huge breakthrough in providing a significant improvement to some patients.  I can remember when we started the '92 challenge' in 2014 and the total was at £260K, fantastic effort to crowdfund such a figure from their supporters. 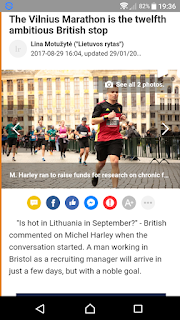 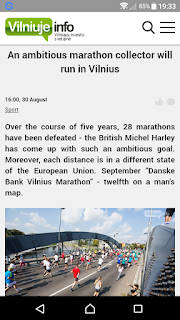 Some national press coverage in Lithuania!  Really grateful to Lina for her help following our Skype interview.  Initially it was meant for the Vilnius Marathon Facebook page so I was delighted to see it picked up Lyrtas and Vilniuje websites. 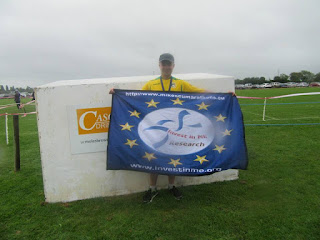 The weekend before Vilnius Marathon I decided on the spur of the moment to run Bridgwater Half Marathon in Somerset.  It was torrential rain throughout but a flat course and cool temperature which allowed me to run my fastest ever race half of 1hr 44 mins, beating the previous best by 9 minutes! 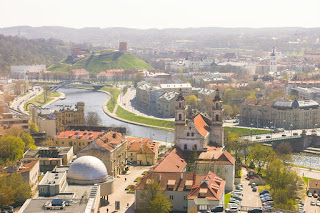 It was difficult to track down patients in Lithuania due to the language barrier but mainly because the illness isn't recognised by the health authorities there.  Thanks to my friend Juli, we were able to interview Aleksas who told me more about his experience of living with ME in Lithuania. 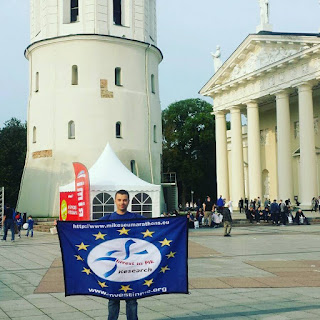 On September 10th I ran my best race so far with a time of 3 hrs 55 mins beating Brussels last year by 3 minutes.  It was a hilly course in places but I felt good on the day and enjoyed the course and support from the locals.  Read my race report here 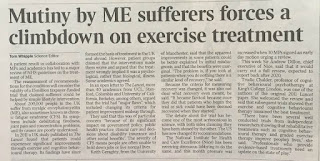 Good news as it's been decided that the NICE guidelines (effectively how ME is treated in the UK) will be soon updated.  Well overdue and whilst still not a guarantee of a change, it does show that the hard work and advocacy of patients and Invest In ME is starting to break through to the mainstream.

Throughout the Summer, there were several pieces in national newspapers that appeared to show an appetite for changing or maybe just balancing their coverage of ME. Sadly there was still a lot of attention for the dangerous quack therapy peddled by Esther Crawley called the Lightning Process.


ME in the Netherlands 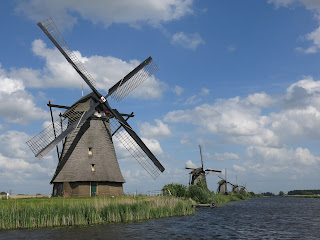 I was very fortunate to collect 3 very different perspectives on life with ME in the Netherlands.  With thanks to Rob, Anil and Frank this article received the largest audience of any post on my site and was kindly shared by a number of Dutch patient groups.  Click here to read. 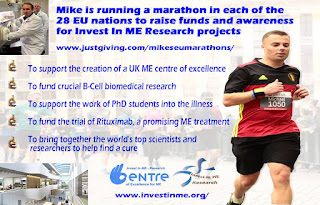 Anil interviewed me for his website which helped us raise quite a bit of sponsorship, you can read it here 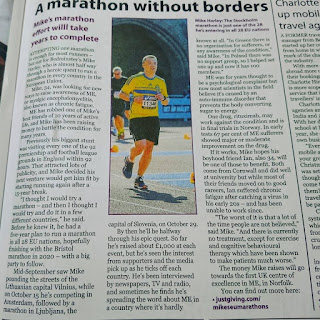 It was great to get a rare bit of coverage in my home town in September as the South Bristol Voice kindly published my story.  The editor Paul was very keen to help and learn more about the illness.  He told me that once he uploaded the story, one of his delivery staff told him they had ME -he had no idea.  Scroll through to page 29 to read. 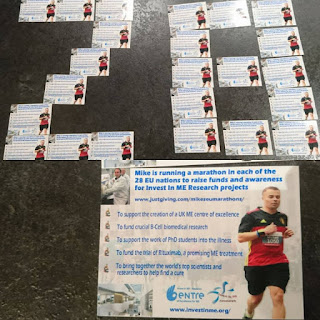 Another brainwave from my friend Ian!  Business cards to hand out when I get talking about the challenge.  They're credit card sized and fit well in my wallet, hopefully will bring in some donations! 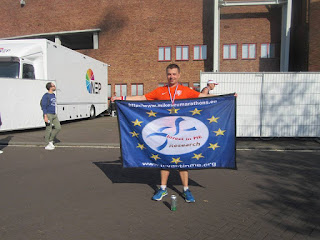 Amsterdam Marathon was warmer than expected but I got round fine just 5 weeks after Vilnius.  I really enjoyed the course of canals, bridges, parks and a fantastic stadium finish.  A very flat course that on a cooler day I think could have been another personal best but I was happy to get around without injuries in 4 hrs 1 minute.  Click here to read my race report. 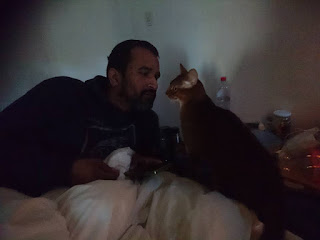 After the race in Amsterdam I was able to meet my friend Anil for a few minutes at his apartment.  It was great to see him and inspired me to write a short blog (so far 12,000 unique views). 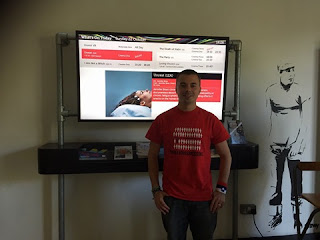 I went to watch 'Unrest' in Bristol shortly after my trip to the Netherlands.  The film was a very moving biographical account from Jen Brea of her struggle with the disease.  It has been shown all over the world, often onsite at hospitals where the aim is to encourage medical professionals and the public to understand the illness better.  There was also a showing in Parliament with MP's in attendance which I hope has helped to raise awareness and move ME up their agenda a little. 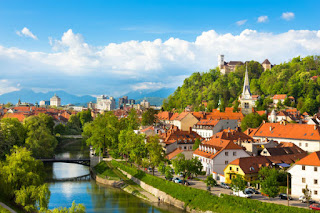 At the 11th hour, we managed to find some patients in Slovenia to talk to about their experiences with ME.  You can read what they had to say here. 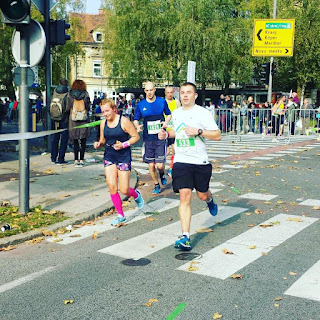 Number 14 of 28 done.  It was a bit of a battle in truth as it came 2 weeks after Amsterdam.  My hips and quads were in trouble with 10 miles to go but I got round in a fairly respectable 4 hrs 20 mins.  It was great to be back in Ljubljana and I was fortunate to have 3 nights there.  Click here to read my race report.


ME Centre Of Excellence

Next year sees Invest In ME's 'Centre Of Excellence' begin in the new Quadram building at Norwich Research Park - a huge and exciting milestone.  Info from the charity:

"Our overall goal is to fund a continuing foundation of biomedical research in a Centre of Excellence for ME which allows research hypotheses to be created and tested and facilitates and establishes further international collaboration in research - with an urgency that reflects the needs of this situation.

International collaboration is not something that we have just discovered and promoted for the sake of looking good.  We have been publicising this need for many years and our international biomedical research into ME Colloquiums in London have been geared to establish, facilitate and promote this collaboration.

By maintaining a regular annual intake of new PhDs and post-docs we will enable real progress to be delivered and international collaboration and joint funding to be augmented.

With 2017 races finished, I'm keen to get to 1000 miles for the year which means I'll be running over Christmas for the first time, training for Malta in February.

I'm writing it down so I stick to it:


Thanks again for all of your kind support, if you'd like to make a donation to Invest In ME's amazing research projects to find a cure for M.E then please visit: