End of my biggest ever month in terms of mileage!  And as you're reading this I'm about to fly out to Stockholm for my 6th of 28 marathons, one in each EU nation. 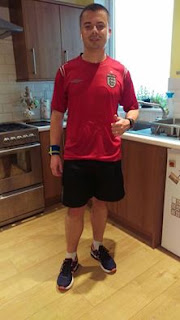 After one of many wet long runs in May!

I've gone through the month without any injury, quite unbelievably, and am feeling optimistic that I've put in enough training to get around in one piece.  But you'll be fine, you've done a few already haven't you? Well, yes, but there's a lot of things that can go wrong in a marathon.  I need to avoid dehydration, cramps, tears, sunstroke, muscle strains, tramlines and traffic amongst others; keeping concentration and a calm mind is essential.

I've enjoyed some really good and challenging runs in May, none more so than a very hilly, wet and picturesque 14 miles in the Gower peninsula (Horton to Rhossili Bay). 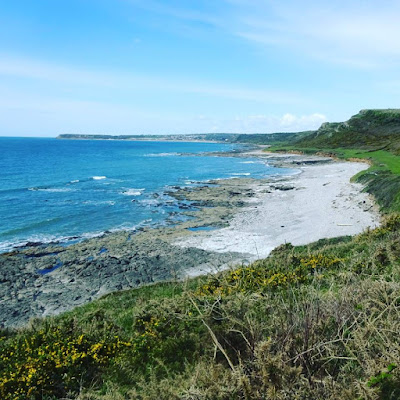 It was a tough little run due to the huge variances in elevation, perfect training for Stockholm and its legendary Vasterbron bridge with it's 100 metre hill (Mile 20).  I ran along the beach at Port Eynon which was my first real run on sand, it was pretty hard work!  It started raining pretty heavily and when I ran past a group of Duke of Edinburgh hikers I think both parties looked at each other as though they were totally crazy. 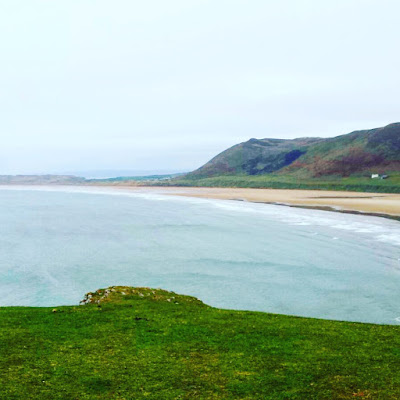 Stockholm Marathon is a pretty big race compared with some I've entered so far, there's likely to be around 15,000 runners and the race starts outside the Olympic Stadium, finishing with a lap of the track inside later.  The race starts at 12pm over there.  Great as I get a good night's sleep and a big breakfast but not so good as it starts at the height of the day where temperatures could get pretty high.  In recent years it seems the conditions have either been very hot (25C+) or very wet (10C).  The wet option would definitely be in my favour given my training and lack of hot weather training so I'll be doing a raindance the night before as usual.

If anyone is keen to meet then I'll most likely be around the start area from 10ish and for a short while after I hopefully finish at 4pm.

I booked my first race of 2017 and it'll be Barcelona Marathon on the 12th of March!  It's a well respected race taking in the Camp Nou, La Rambla and hopefully a fair bit of Gaudi architecture.  I've been to Barcelona once before and it's definitely one of my favourite cities, safe to say that I didn't think I'd be going back 10 years later to run a marathon!

I've already been lucky to be offered somewhere to stay over there by a follower of the challenge and I'm hopeful I'll be able to meet others on the trip.  Really can't wait for this one! 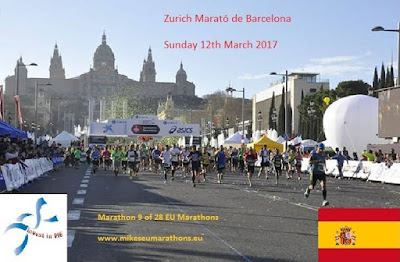 Running To Music and The Ultimate Playlist

Running whilst listening to music seems to be a really divisive issue for some runners out there that I follow.  Pretty much all of the ultra running community look upon it with mild disgust whilst myself and the other middle of the road plodders swear by it.

Experienced runners feel that the mind and body should be in sync with each other in total concentration.  You should listen to your body, breathing and the sounds around you.  Race organisers dislike it too as they claim that it can make some runners a hazard to those behind them looking to run through and also make any announcements or directions hard to communicate -I've even heard of some races where runners have been disqualified for wearing earphones.  I do definitely see an advantage of hearing the rhythm of your steps and breathing in order to maintain pace and stay 'in-flow'.  But I'm afraid I'm siding with the other group on this issue. 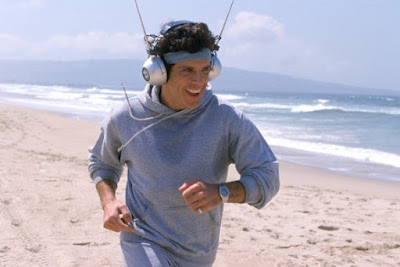 The sounds of birdsong doesn't do anything for me I'm afraid and I don't get a boost from hearing a cow mooing.  When I run on main roads I leave the volume low enough to hear traffic don't get me wrong but whether it's a quick 10k or a 3-4 hour run, I need distractions and preferably ones that make me want to turn on the turbo, sing along (badly) or punch the air (yep, sorry).  On training runs I have set playlists and particular bands that are easy to run to.  These are mostly rock/indie (Idlewild, BRMC, Placebo, Gaslight Anthem, Manics, The Music, Thin Lizzy, Metallica, Bowie) with the occasional dip into electronica/dance (Prodigy, Depeche Mode, the odd bit of circa 1999 Trance).

Music can mask pain, massive hills and mental fatigue.  Memories of where you were/what you were doing when you last heard the tune can take you away from the run; you can concentrate on figuring out cryptic lyrics too in some cases.  Running the same route (as I often do in the week) with the same playlist can form a bit of a target -can I get to X before hearing Y.  For me it's as important part of the kitbag as any pair of high spec running shoes. 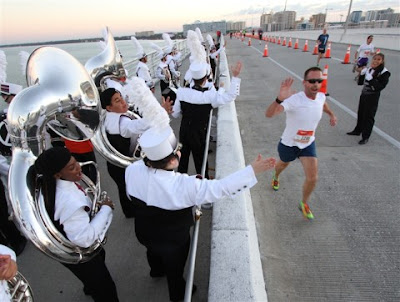 When I'm running in a marathon race it's important to draw upon the energy of the crowd, it can give you a massive lift that's for sure.  Of the 5 races I've done so far all had a decent atmosphere at the start and finish as you would expect.  But usually come mile 3, the crowd thins out and the early camaraderie with others on the start line has started to fade as everyone zones in on their PB's and plans.  It's only been in London and Dublin so far where I've gone without music until the latter stages of the race -I've simply been entertained so well by the crowds and bands there that I've not needed it.  I defy anyone to not get bored running 20 miles on the motorway of northern Greece where there's no crowd, just cars and every form of roadkill imaginable.  Miles 22-26 are so hard, I find that music is as essential as energy gels or bananas in fighting your brain's urge to quit.

ME Awareness Day and #MillionsMissing

May 12th every year is ME Awareness Day worldwide.  It's an opportunity to reach people outside of the ME community and let them know more about the illness and how to help.  Social media is understandably a valuable tool for patients and there families to do this and with the current PLOS One tribunal and increased pressure on the PACE trial to be retracted, this year felt like a really big one. 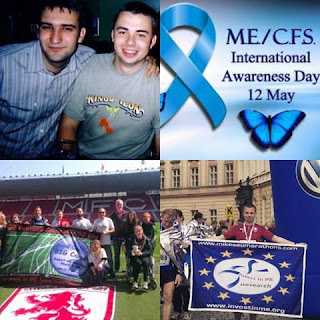 'Millions Missing' was a fantastic initiative from ME Action whereby protests took place on May 25th across the world to highlight the lives and time lost by ME sufferers.  Shoes were placed at each protest to represent the lost lives of patients and there was a huge Twitter storm which had the event trending, a fantastic achievement.  It was picked up by the media too and hopefully has had some impact on the perception of ME and further highlighted the need for research funding. 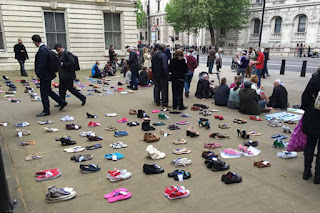 Outside the Department of Health in London 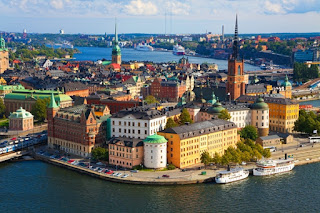 I managed to catch up with RME, the leading patient organisation in Sweden to find out a bit more about what it's like for the approx 40,000 ME sufferers there.

I know it's easy to feel that the situation is hopeless and immensely frustrating from reading the article but it's important to get behind organisations like RME and commend them on the good work they're doing to try to change attitudes and lobby governments.  The clinic at Skora Skandal is really stretched but vitally important.  Many countries I've visited can only dream of such a place so it's vital that we spread the word and try to help them to survive.  RME are doing everything they can to encourage and fund biomedical research, they're a key member to the European ME Alliance chaired by Invest In ME.

Thanks for reading and all your support this month.  I have a plane to catch and must dash!

If you'd like to drop a few quid in the bucket for biomedical ME research in support of my Swedish adventure then click below:

www.justgiving.com/mikeseumarations
Text IIME82 and £3 to 70070