Happy Summer everyone!  It's been really hot here in the UK and I've been back training after a few weeks off following Riga Marathon.

I'm still battling with some weird Achilles issues in both legs but general fitness is returning so hopefully I can manage my way through it and nothing snaps before I take a month off in November.  After an hour of running it feels like the achilles tendon is warmed up and I get full range of movement, which I guess makes sense, meaning that I actually seem to improve the longer I run for. 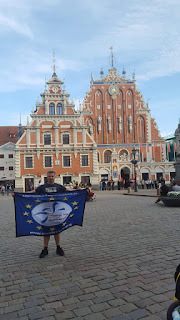 Riga (no.22 of 28) was a tough race for me, the toughest one yet.  I had real pain in both legs, a groin strain and the pleasure of running in yet another 28C race.  Our Air B'N'B host winced when he told me it was going to be the hottest day of the year and he wasn't wrong!

Still, I enjoyed what I could of the race and got it done.  It was very well supported, a nice varied route with a lot of little nice touches.  Full race report here.

Real hope for patients came from the genius that is Ron Davis back in May.  Ron and his team have developed a blood test that precisely identifies chronic fatigue syndrome. 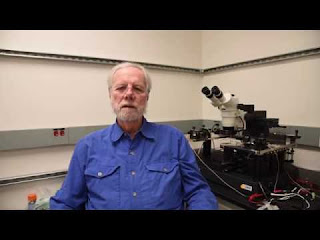 The man I believe is most likely to cure M.E.

The diagnostic platform could even help identify possible drugs to treat chronic fatigue syndrome. By exposing the participants’ blood samples to drug candidates and rerunning the diagnostic test, the scientists could potentially see whether the drug improved the immune cells’ response. Already, the team is using the platform to screen for potential drugs they hope can help people with chronic fatigue syndrome down the line"

Whilst not a cure, it can be used to further understand the illness and silence any doubters that the M.E isn't a very real debillitating physical disease.

When I ran in Copenhagen last year I met Alexander Weng Petersen whose partner struggles with M.E.  He very kindly offered to interview me and follow my race so he could put together a trailer explaining my challenge to help drive in sponsorship.

I'm so happy with it, he did an amazing job!  Check it out for yourself....

I went along to support the event in Bristol on College Green this year which was excellently well organised full of emotional speeches from ME patients and families with a few superb musical performances too.

It was great to meet so many lovely people and chat in the sunshine as well as talk to passers-by about M.E and the devastating effect it has and the purpose of the protest. 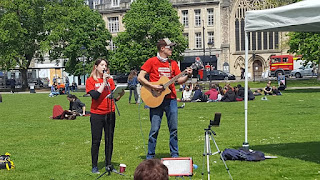 I couldn't make it this year to the conference which was a shame but I heard it was the biggest one yet with even more representatives from different countries around the world. 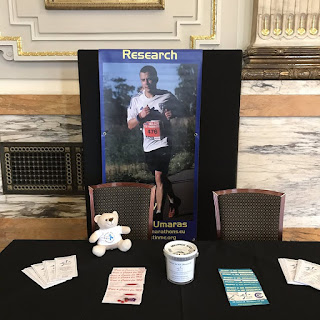 Invest In ME have posted the talks on youtube this year, if you're planning a binge-watch please consider dropping them a donation to say thanks.

I was really affected by the story of Natalie Price and her battle with M.E.  Natalie was a keen runner but is now bed-bound with extreme tiredness, fatigue, headaches and sensitivity. 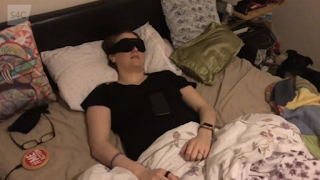 Please have a look at her story below and accompanying video through this link. I really hope she recovers and my thoughts are with her and her family.  I'll be running for her in Budapest.

I forwarded my trailer to my local TV station and they put it on 4 times an hour for 24 hours which was really kind of them! 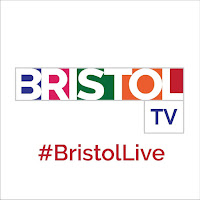 I didn't get chance to see it on TV and I'm told it was cut down a little but really appreciate them picking it up.  Maybe it changed 1 person's view of M.E?  If it did, I'll take that.

I've never run a race in my home county believe it or not.  We'd booked a long weekend down in Cornwall to see friends and introduce Lucy to our favourite beaches and this race seemed to fit where we're staying and the training plan. 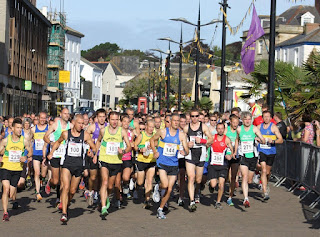 Looking forward to running in Kernow!

It's one of the toughest road half's in the UK due to it's elevation which will make it great training.  I won't be going for a PB on this one, just to enjoy it and do a steady sub 2hrs.  I've reached out to some local M.E groups and hope to raise some awareness down there nearer the time. 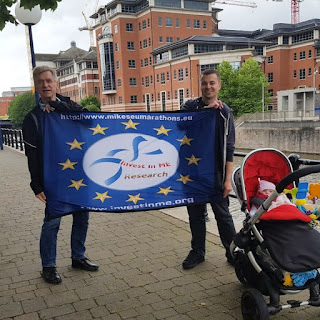 Lucy photo-bombing as ever

I've chatted to fellow Invest In ME runner Peter Douben for a little while over email and it was great to meet him and his friend Peter (who suffers from M.E) when they came to Bristol for the weekend.

Peter is doing really well with his running and hopes to add Berlin Marathon to his list so it was good to swap tips and chat to (the other) Peter about his experience with M.E.

Gunther, Els and the kind folks at Wake-Up Call Beweging have supported me since I ran Brussels Marathon in 2016.  They sent me a fantastic donation of 725Euros as they scale back their operations to look after their health (both suffer from M.E). 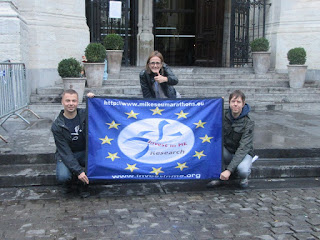 A couple of my favourite Belgians

Really grateful to them and I'm keen to congratulate them on all their hard work in Belgium to raise awareness and push for change to attitudes and healthcare.

Plans for the next 3 months

I've got a massive month of running coming in August, probably my biggest yet (over 155 miles) to get ready for the next 3 marathons.  It's all going to be hot and heavy so hopefully it'll pay off when it comes to those lovely cool Autumn tempts out there in Eastern Europe.

As well as Truro Half, I'm planning a 20 mile run on the Brighton coastline when I visit family which I'm looking forward to.  If you're around on Sunday August 25th at 7-10am then come throw some water at me! 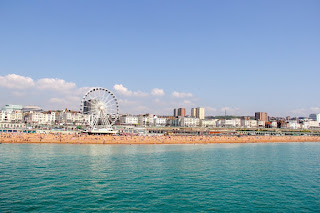 Off to the seaside

I've got 2 Portugal M.E interviews ready to publish and have been given the opportunity of a feature in a major online sports website.  I'm desperately trying to track down Hungarian and Romanian patients who would like to tell me their story.  I hope someone comes forward and we can get a community going or at least highlighting the need for better healthcare. 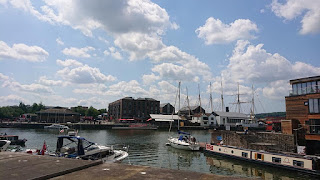 I'll be doing loads more running around Bristol over the next few weeks and mixing it up with some swimming at my local pool.  I'm pretty new to it, I get out of breath after a few lengths and get routinely over-taken by people twice my age but I'm going to stick to it and hopefully it'll help recovery and cardio.

After Porto in November, I'll only have 3 races left plus London which I really want to do again (as mentioned in previous blog).  As usual it's a logistical nightmare but I'm close to confirming races for the final stretch of the challenge.

The problem - I'd love to do Berlin but there is a ballot to enter which is oversubscribed and extremely unlikely to get through.  I wouldn't hear back until late November to hear whether I'd be successful.  If it's a 'no' from Berlin, then my back-up race (Hamburg in April) could be too expensive to get to as flights will have been out for a while. So a decision on Germany needs to be made pretty soon.  Munich was an option but it's likely to clash with Zagreb which is an essential immovable race for next year. If I choose Hamburg then I get to run with EU Marathon Completer and local Tim Teege who has become a good mate and it would be cool to hang out and see the city (my last trip there was on a boozy stag-do!).

Should I take my wellies?

Also proving tricky is Italy.  Rome looks like it will be cancelled again like this year due to the local council not granting them a licence (make of that what you will).  So options are Milan (Apr), Turin (Oct), Venice (Nov), Verona (Nov) or Florence (Nov).  Venice Marathon was flooded last year and whilst the videos of runners pretty much knee-deep in the sea were quite amusing, I'm not sure I fancy that much.  Milan and Turin will be too near to Hamburg.  Verona and Florence look likely to be the main choices.

Still with me?  Yep sorry, it is a bit of a saga isn't it.  Will confirm all soon.

I touched on mental health last time, just got a couple of other bits to say on the matter -this time from a slightly more positive (I hope) perspective.

I've been questioning my mental strength a lot this year and perhaps forgotten how I used to cope with big mileage, long runs and tough hot races.  I'd lost my way a bit through all the injuries of the last few months and withdrawn myself from running groups and conversations about running as I no longer identified myself as a runner.  Not being able to run had left me feeling flat, demotivated and frustrated but by writing up a big plan for the next 3 races, I feel like I'm climbing out of the pit. 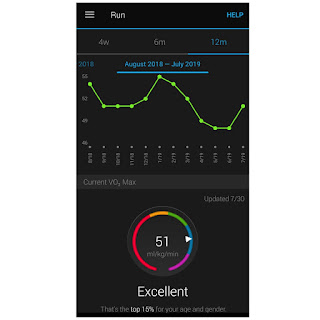 The comeback has started!


So I've gone back to basics to fight off the negativity and demons that get into my head on the long runs.  Here's some mental tricks that I've used in the past and will be dusting off again (don't laugh!): 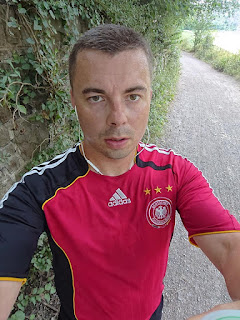 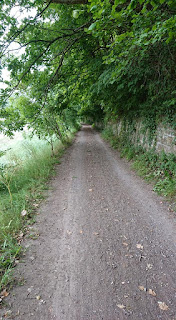 
Thanks for reading and following.  I'm hoping I'll be ready for the mayhem that's going to follow but all the nice messages and donations keep me going and give many of my friends hope of a cure.