So that's the end of a long chilly February, 85 miles in total, 1 annoying cold, 2 very frustrating injuries but I'm still here and optimistic I'll be ready for The Alexander The Great Marathon in Thessaloniki (Greece) on April 3rd. 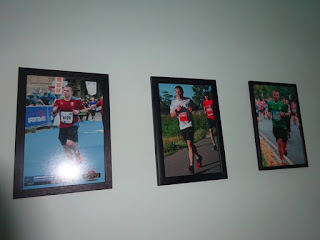 The wall of vain

With just 105 miles to run before I get on the plane to Greece for the first marathon of four this year, I'm feeling pretty good.  The early half of February was a big frustrating combo of cold/flu and shin/calf issues which had me really worried.  I know from experience that there's no point showing up for a race without enough miles in your legs and there were a few days there where I thought it I was going to struggle to be ready.

It's been cold, damp and very windy this month (as expected) but no snow luckily down in Bristol.  I like training in the cold generally so aside from 50 mph gusts at times it's not been too bad.  When it has been wet I really haven't felt like going out to begin with but once I get going, it's no big deal and quite refreshing. 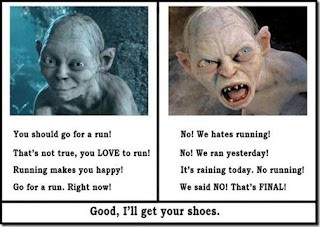 My top tips on winter running:


The pain game - (mis)diagnosing yourself

I've had consistent calf and shin pain since I started training but have managed by a process of elimination to suss out a couple of root causes and treatments.  First up, nasty shin pain (not quite shin splints).  Yes ice helped to a degree, but resting up when I fortunately picked up a heavy cold seemed to sort it out.  I missed 2 mid-week runs of 6 miles so no real damage done in the context of the total mileage.

Knee pain (both) also meant that I struggled to get up and down the stairs at work nevermind run.  What I discovered here was that by taking the bus to and from work the next day after a run in order to rest my legs was actually hindering my recovery.  I needed to start my walking commute again to stretch and keep myself moving/healing -makes sense really, I always try to do a good few hours walking after running a race and the same applies there.

Finally to the troublesome calf.  Not a problem I've previously had but probably putting this down to my body still adjusting to the mileage and the fact that I'm due a new pair of running shoes.  The answer this time wasn't ice, rest, compression but an Aloe Vera Heat Lotion that I tried.  The results were almost instant and before long I found myself hitting personal bests on my midweek runs. 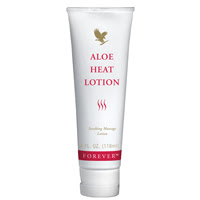 Forever Aloe Heat Lotion (about £12), amazing stuff, warning; does sting a little to start with

New site: ME in Greece, Invest In ME and The Smells Of South Bristol

Mid-month my website was hacked and the useless bunch at Go Daddy couldn't get me back in so I had to change the .com to .eu -it's probably more fitting given the challenge in truth.

So you can now find me at www.mikeseumarathons.eu

I've also added a page on there which I'm in the process of building to summarise Invest In ME and the great work they do.  It's kind of under construction at the moment but can be found here: www.mikeseumarathons.eu/invest-in-me.html

During the month I also did a very silly short photo blog piece on what I run past on my midweek runs and the various smells I encounter.  Check it out here: The Smells Of South Bristol 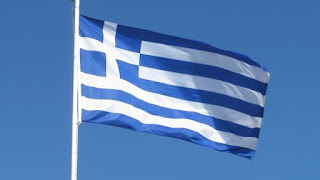 Early on in the month I managed to interview Lefteris from Athens, who has ME for over 20 years.  You can read what he said here: What it's like to have ME in Greece -needless to say as with much of Europe that I've encountered so far, there's little understanding, research or support at the moment.

I've written off to Lefteris' GP who is said to have a keen interest in ME and am awaiting a reply.  With luck I can intro him to Invest In ME and they can share their experiences/resources.

The Quadram Institute, Norwich - 2018: An ME Centre of Excellence

The Quadram Institute is the name of the new centre for food and health research to be located at the heart of the Norwich Research Park, one of Europe’s largest single-site concentrations of research in food, health and environmental sciences. It is to be led by the current Director of the Institute of Food Research, Professor Ian Charles. He opened last year’s Invest in ME conference in London and was very supportive of the idea of a centre of excellence for ME to be within this new Institute. Building of the new £81.6m facility began in February, with an anticipated opening in 2018.

This is encouraging news for Invest in ME (now also known as Invest in ME Research) to establish a Centre of Excellence for ME, based at world-renowned Norwich Research Park. They set out to help raise funds for the biomedical research aimed at developing diagnostic tests and treatments for ME (myalgic encephalomyelitis).

Very best of luck to Amanda and Richard Kayes who head off to ascend Kilimanjaro for Invest In ME.  Look forward to seeing the photos!  Check them out here: Mount Kilimanjaro

I'll close it there for another month, thanks to everyone who sponsored me so far.  The total is on £2650 as I type, would be amazing to hit £3000 when I line up on the start line!