June already and halfway through the year, insane.

It's been a bit of a stop-start month for training with just 67 miles completed across 8 very hot weather runs but despite a couple of unavoidable breaks (Glastonbury, Work away weekend) I feel on track to at least get to Helsinki and finish.  Beating my time from Prague I think will be out of reach (I'll give it a go) but I think a more realistic prospect will be to get through it in under 4.5 hrs given the 20-25C temperatures I'm expecting to have to cope with. 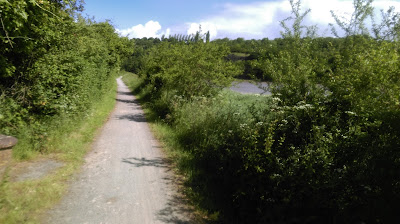 Bristol to Pill, my route of choice despite the volume of bug swallowing!

I'm training solo for this one, which although a little dull at times, has meant that I've found my natural pace on the longer runs.  As before I'm finding anything below 10m a little hard to approach mentally, I'm caught in a bit of a halfway house between wanting to run quick to get it out the way and treating it with the respect it deserves.  Anything longer seems easy to accept that I'll be out there a while and I can get a good rhythm going.  Had a slight knee niggle throughout June but pleased to say that it seems to have died down, a reminder that I need to keep doing my physio ACL exercises and strengthening if I'm to get round in one piece. 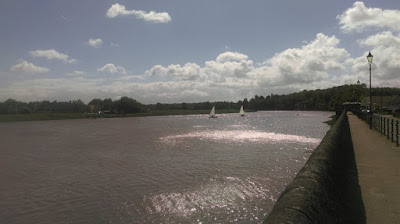 Pill village just outside of Bristol, really nice place to live I reckon 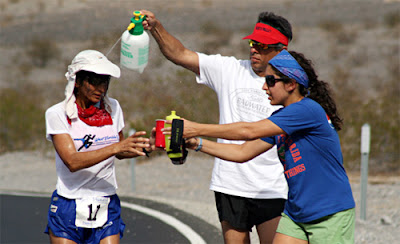 Quick post about hot weather running, a new phenomenon for me and one I wasn't sure would really happen with our wonderfully eccentric British summertime.

If you know me well, you'll know that I hate it when it's hot.  The last time I went to Turkey for my holidays (more than 5 years ago) it tipped 41C and I was quite literally drowning in my own sweat.  Not pleasant. I'm off to Iceland in 2 weeks on this years summer holiday (no joke, I am!).  The very idea of running 26.2 miles in the sort of heat we've been having lately makes me sweat profusely.

I've been reading a lot about how to cope with running in heat and in particular the tips I've found in Runners World are definitely ones I'm taking onboard.

There are two main challenges for me.  Number one is accepting that my running will be slower and that chasing a PB in a Summer marathon isn't very sensible.  Number two is finding a good balance between keeping hydrated enough and drinking too much water by over-compensating (easily done and equally as dangerous).  The pee colour chart will prove very useful!

I'm running most of the time with a water bottle belt and lucozade in hand which isn't too cumbersome but still affects my pace a little.  I have t-shirts (mostly football tops) that wick away sweat and I'm getting up earlier on weekends before it gets too hot so I'm hopeful I can get through what is looking like a huge month of training.  It will be mentally and physically tough, probably tougher than the race itself but I'm determined to get through it and feel ready for Finland.

Just a couple of days ago the results of the Phase II Rituximab Trial have come through from Norway where they're working with Invest In ME and UK researchers.  It's extremely promising news building upon the initial findings from 2011.  64% of people who received the drug have experienced major or moderate responses with some having been symptom free for over 5 years!

Further evidence if it were needed that biomedical research is working and the donations that you make to challenges that support Invest In ME are going to make a difference.  For more info check out UK Rituximab Trial


Helsinki Marathon -why it looks awesome!

So I'm really looking forward to Helsinki.  Here's a few reasons why!

So next month I hope to bring you some news of my plans for Helsinki and a brief glimpse at what it's like for ME sufferers over there.  I'll be 2 weeks away from race day when I next write and on the 'taper' ready for the race having got through 109 more miles of probably very hot running!

Thanks again for your continued support everyone