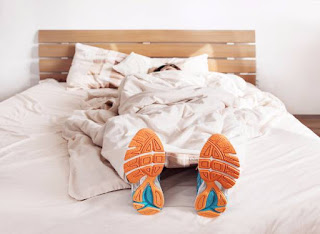 I'm back running again and 5 weeks into Barcelona training having had some very quiet running weeks of no more than 10 miles per week for a couple of months.  Last October's two marathons in 4 weeks took a lot out of me mentally and physically so it was good to power down and catch up with friends and family.

I tried not to stop running altogether as I remember only too well how hard it was to get going again after my injury-plagued January last year.  But with a race more than 4 months into the future, it was hard to get out there and run just for the fun of it; something I've always struggled with. 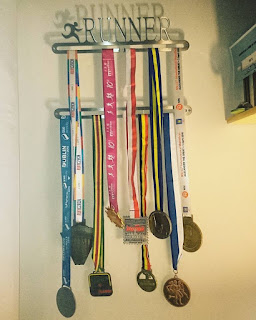 So what have I been doing?

And they're both in October again, and only 2 weeks apart, eeek. 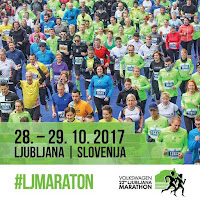 Number 13(!) will be Amsterdam on October 15th followed by Ljublana on the 29th which will take the challenge to the halfway point (14 of 28).  Why am I doing 2 in one month again?  Quite simply, because I have to.

The schedule of races is such that nearly all the countries I need to run in have October races as it's optimum weather (not too hot/wet/cold).  What results is an insanely complicated logistical challenge to try to fit in 5 across the year when I can't be in two places at once.  I don't want to be left with lots of October races that land on the same day so to get the challenge done by 2020 this is what I need to do. 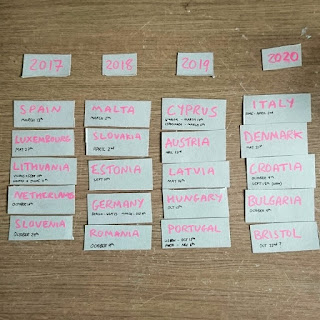 I've been to both Amsterdam (with Cat and then on a stag do) and Ljubljana (backpacking honeymoon) and I love both cities.  Hoping to meet some Dutch friends and ME groups in Amsterdam.  Ljubljana/Slovenia will prove more challenging in trying to find patients to connect with.

Over Christmas I was lucky to get out for some great runs in Gran Canaria and Haywards Heath.  Two very different temperatures and terrains but both felt great! 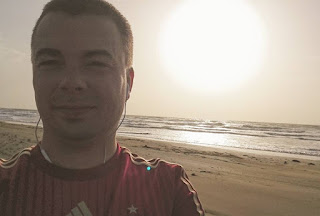 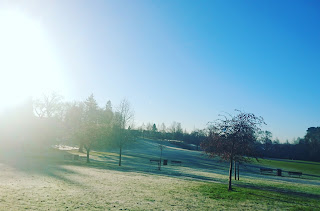 That'll be my last Christmas away for a while, need to save up for flights/hotels to finish the challenge and as I haven't had much luck landing corporate sponsorship, something has to give.

So I googled '28 euro marathons' and was surprised to see that someone else was attempting my challenge too!!

Tim Teege from Hamburg is currently 3 races short of finishing all 28 marathons so I dropped him an email to have a chat.  Turns out, he's really nice bloke and we have a lot of notes to compare on race experiences and training.  Check his page out here

He sent me some natural energy gels with honey as the main ingredient which I'm due to try out on some of my upcoming longer runs.  Never really got on with gels as they usually make me feel sick, so I'm really hoping these work out. 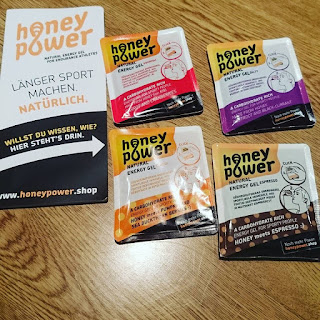 Tim has Romania on his schedule the same year as me so maybe we can meet up!

Having spoken to Tim and also from reading a few books written by runners over the Christmas break, I decided to take the plunge and go meat and alcohol free for January!

The main reason being to both drop weight for the next race but also to see if it helped reduce my running times and make me feel a lot healthier. 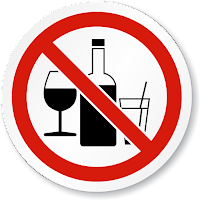 Going alcohol free for January really wasn't that difficult.  I didn't feel like drinking and nobody was really up for going out anywhere.  I scheduled all of my long runs for Saturday morning so that I couldn't drink on Friday night which helped and on the few occasions that I left the house I coped OK on Diet Cokes.  It's February now and I'm having the odd sociable pint (no more than 3-4 per week) which is a marked difference to the norm (not that I'm a heavy drinker by any stretch).

Being a temporary (yes definitely temporary, maybe) vegetarian has been very interesting.  Our house is currently a building site as we get a small extension done which means the kitchen is out of action for 8-10 weeks.  So, not having to cook meat is certainly one less headache as we have a small portable oven and a hob in the living room to cook with.  We've had all kinds of weird and wonderful items to eat.  Until this year I hadn't ever eaten aubergine, chickpeas, cauliflower or butternut squash!  They're actually not that bad it turns out.

I've had some really successful long runs in training, some of which have been 5-7 mins faster than me in my prime.  Is it down to vegetables?  Not sure.  Only way of knowing is to carry it on for another month!

I'm supplementing my diet with multivitamins and protein muscle recovery shakes after each run.  I'm also trying to eat protein-rich vegetables and have changed my recovey exercises from painful foam-rolling to hip mobility stretches which has helped massively.  I'm no longer hobbling about between runs and it's working out well so far.

I found this site and submitted my race times, it's full of folk who have run international marathons.  Some people have run in over 100 different countries!  I was really happy to get an email to say that I'd been made a provisional member (you get full membership after 10 different countries).  Seems like a friendly club. 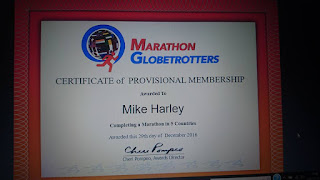 Now we're in the nasty English winter time, in order to get out of the door, it's important to remember how much I hated running in the Summer. 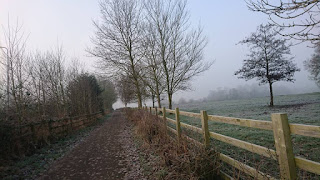 Here's a few reasons why running in the cold is so much better:

January saw the unveiling of Jen Brea's super-inspiring and emotional TED Talk (click below).  Jen has been very receptive to my challenge so far and her organisation ME Action have run a couple of features of my races and reports on what it's like for ME sufferers around Europe.


Her long-awaited documentary/film 'Unrest' premiered at the Sundance Festival and won an award.  Can't wait to see it.

Norwegian Researchers Come To The UK

In late January, Dr Fluge and the team from Haukeland University in Norway visited the Invest In ME research team in Norwich.

The partnership and shared research has given real hope to ME patients.  Everyone waits in anticipation for the final wave of results to come through from the Norwegian Rituximab Trial.

There was a really good feature (right) from BBC Look East on the work that Invest In ME and their researchers are doing in collaboration with the Norwegian team as well as a feature on the new ME Centre Of Excellence to be based in Norwich.  Another fantastic achievement from a charity of volunteers run on donations alone.  Great for everyone to see where their donations are going and to hear Invest In ME finally mentioned on tv.

As I usually do, I've interviewed patients in the country I'm next due to run in.  This time out I was really grateful to Maria, Gabriela and Teresa from Spain who shared their stories and experiences of living with ME in Spain. 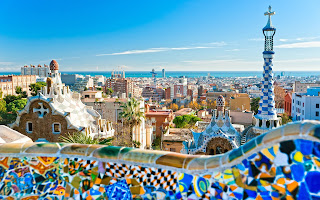 As I type, the interviews have had over 3000 views which is great to see.  I will be translating them and sending them off to media and the health authorities over there, you never know...

That's it from me for now.

Thanks again for all your support, I'm excited about year 3 of the challenge.  If I can stay injury free, raise some money and awareness then it'll be a great success.